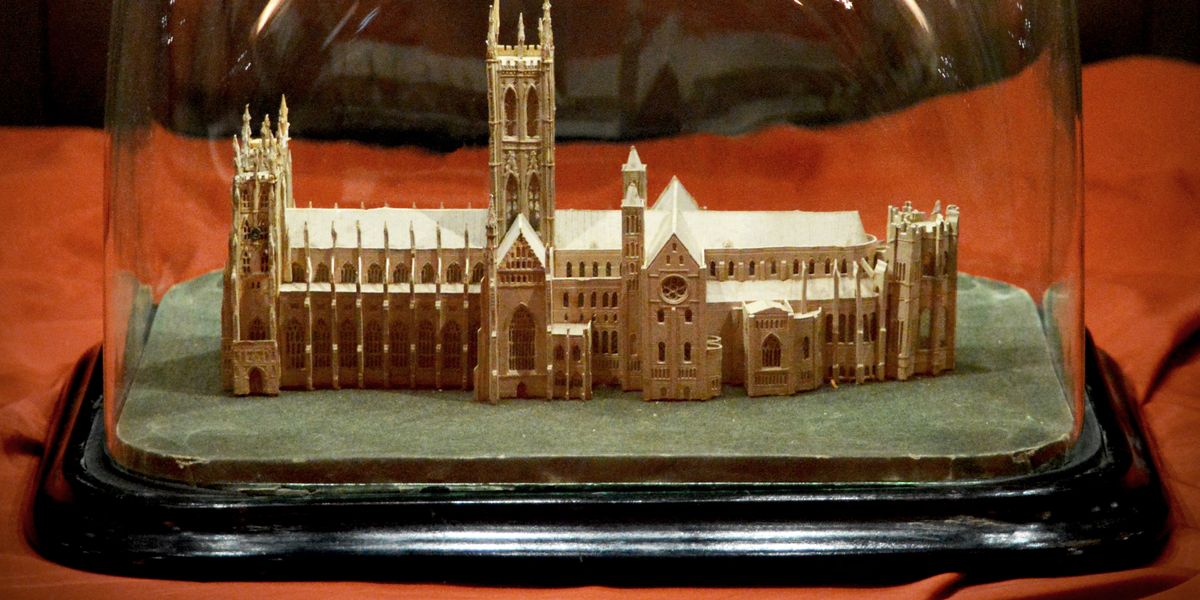 November’s object on display is a must for model enthusiasts and fans of architecture. Victorian model maker, William Gorringe, created this 1:720 scale replica of Canterbury Cathedral for organist and musician Herbert Oakeley sometime between 1840-1850. The detail shows the Cathedral as it can be seen today thanks to ongoing conservation work on the fabric of the building.

Built from cardboard and wood, there is a delightful level of detail and accuracy in the model which formed part of a collection of 27 miniature cathedrals. It is generally believed that there may have been as many as three sets of these Cathedral models, however the whereabouts of the other two sets remains unknown.

The model was given to the Cathedral in 1916 by Edward Murray Oakeley, brother of the original owner Sir Herbert Oakeley, along with the rest of the models in the set. During the last five years the collection has been on display at Sir John Soane’s Museum in London and also closer to home at the popular Hornby Visitor Centre at Margate.