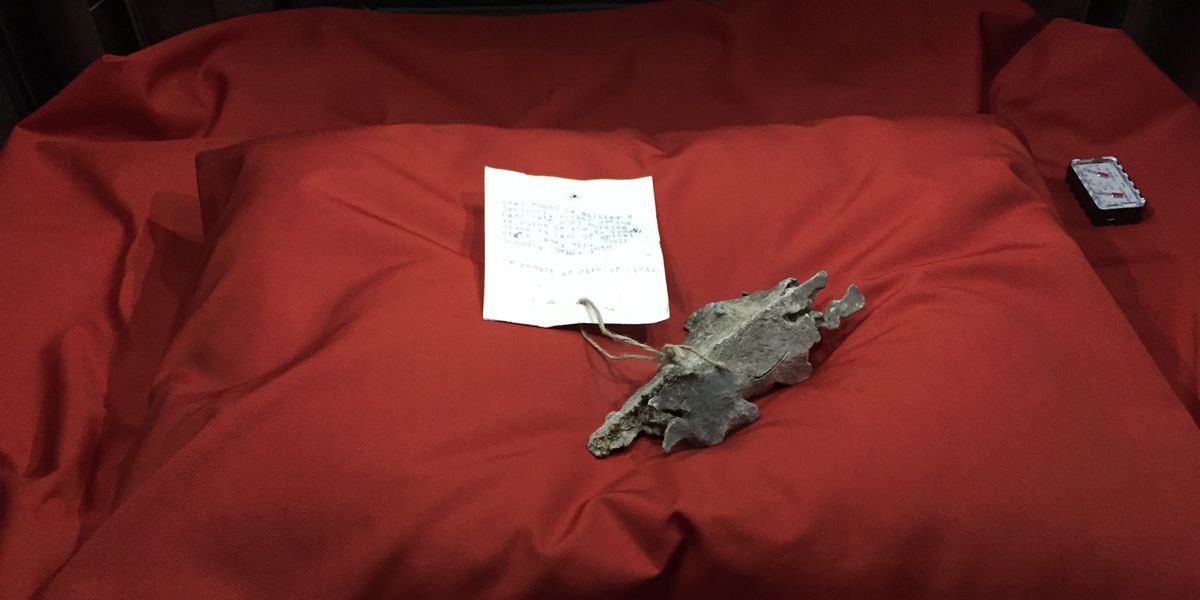 September 2016 marked the 350th Anniversary of the Great Fire of London, but few people know that almost 492 years earlier (5 September 1174), a fire ravaged its way through Canterbury Cathedral. The story of this fire is the focus of a display in the Cathedral Crypt.

The fire had started in cottages outside the walls of the Monastery but glowing embers spread undetected  into the Cathedral roof. By the time people had been alerted, the flames had already spread into the interior of the Cathedral and startled onlookers grabbed precious items and fled. The intensity of the flames had been so great that the lead on the roof melted.

It took ten years and two architects to reconstruct the Cathedral and the change from the original Norman style can be seen as you pass through the Nave and into the Quire and a further change as you head towards Trinity Chapel.

A piece of lead found among the infirmary ruins some centuries later was chosen as September’s Object of the Month and is exhibited in the Cathedral Crypt. It is classified in the Cathedral collection as being ‘potentially from the 1174 fire’. Whilst it may be small this intriguing object may well be linked to one of the more dramatic moments in the life of the Cathedral.

A more detailed description of events that took place and the reconstruction of the Cathedral can be found in our Crypt where the lead fragment will be on display until the beginning of October.

The exhibition area is usually open from 10.00 to 16.30 hrs Monday to Saturday and 12.00 – 14.00 hrs on Sunday, but subject to occasional restricted access for special services, events and conservation.