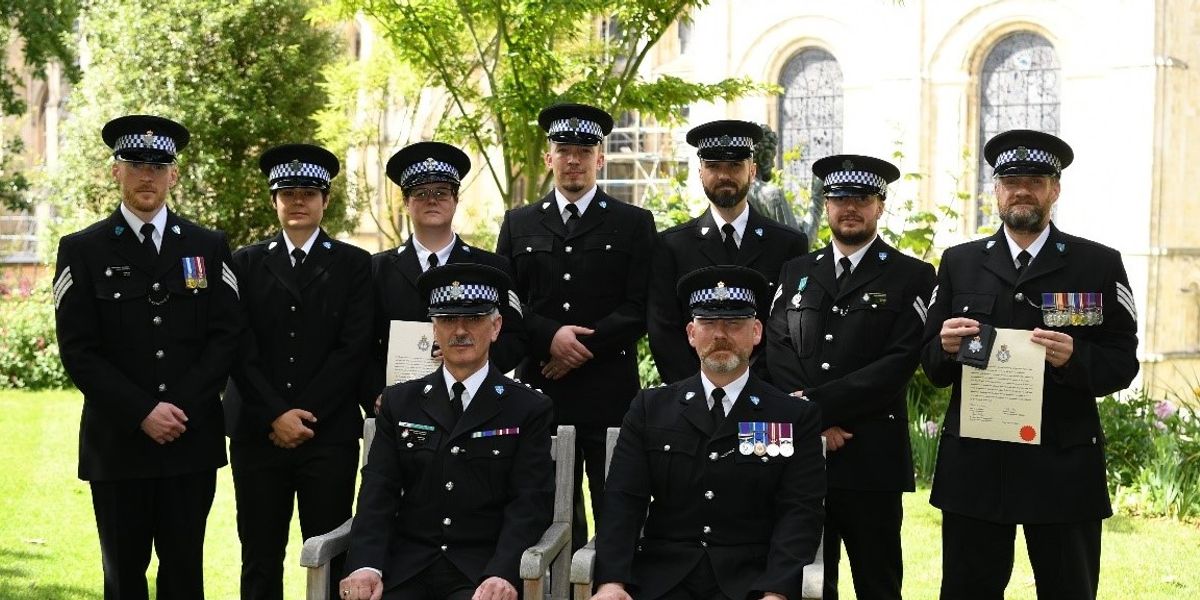 Off duty, Jim is married with a son and daughter, and is a keen historian.

Jay has served at Canterbury Cathedral since 2004, and is now the Acting Leading Constable supervising A Section. In 2019 Jay was promoted to Senior Constable and qualified in Cathedral Constabulary Policing, Jay was sworn in with other members of the Constabulary as a warranted officer by Dean Robert and the Chair of the Bench of Magistrates in Canterbury. Jay holds both the CCA Diamond Jubilee and Faithful Service medals for long service, and will bring his sixteen years of cathedral experience to what will be his second Lambeth Conference in 2020.Off duty, Jay is married with a stepson and daughter, and is keen on personal fitness and martial arts.

As well as their officer safety and legislation training, the Cathedral Constables are trained as first responders for fire and first aid emergencies. This training is ongoing.

Until the First World War, Canterbury Cathedral retained a unitary Constabulary of paid, uniformed Cathedral “Bobbies”, equipped identically to the then Canterbury City Police Force, with powers under the Ecclesiastical Courts Jurisdiction Act and both Statute and Common Law. This was, and is, in common with several Cathedrals around the UK and some overseas. In 2016, the Dean and Chapter of Canterbury approved the revival of the office of the Cathedral Constable at Canterbury due to the changing nature of social and economic times, service delivery reductions by the emergency services and vicarious liability for the safety and security of staff, residents, visitors and worshippers.