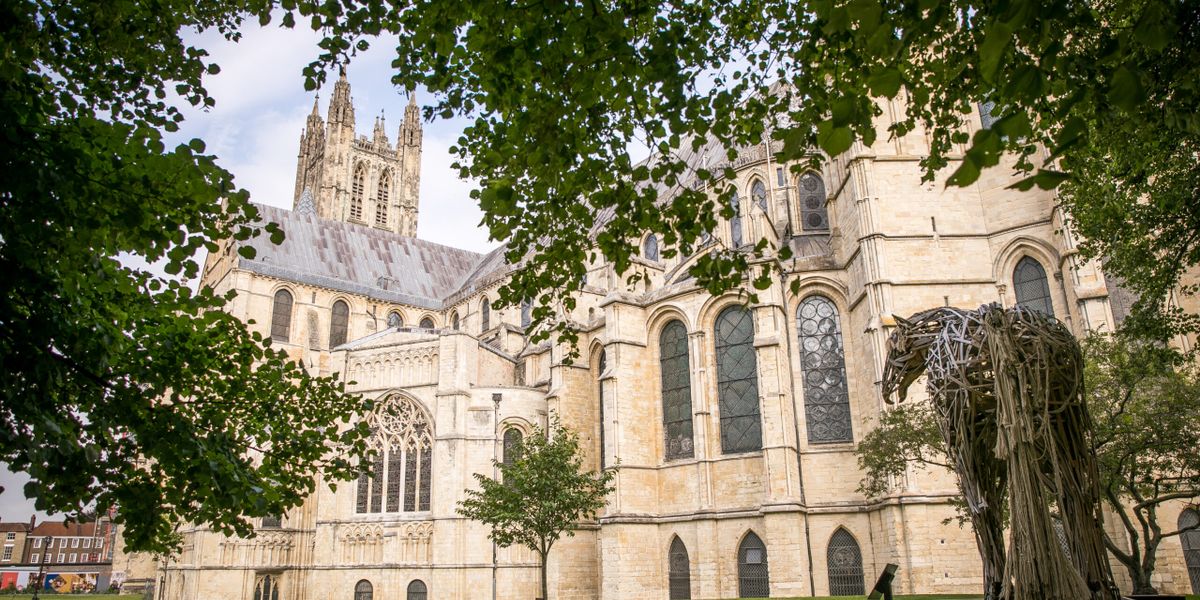 The Chapter of Canterbury are responsible for all aspects of the day-to-day management of the Cathedral. Chapter comprises the Dean, the Residentiary Canons, and five additional persons appointed by the Archbishop.

The Very Reverend Dr Hedges has recently stepped down from her role as the Dean of Norwich where, in 2014, she became the first female Dean in Norwich Cathedral’s history. In 1994, she was one of the first women priests to be ordained, and was a Stewardship Adviser in the Diocese of Portsmouth before she became Canon Residentiary of Portsmouth Cathedral. After spending five years in parish ministry in the Diocese of Exeter, The Very Revd Hedges was made Canon Steward of Westminster Abbey in 2006.

Tim came to this role in Canterbury in April 2018, from twelve years spent in theological education at Ripon College Cuddesdon. He has also had six years as a parish priest, and eleven years in Uganda and the Congo, working in leadership formation with the Anglican Church in those countries. Academically his special interest in missiology; he is also a keen armchair sportsman, book collector, music lover and walker. He and his wife have three grown children and (so far) one grandchild.

Reverend Dr Emma Pennington is the Cathedral’s Canon Missioner and was installed by the Archbishop of Canterbury in March 2019. Emma has been Vicar of Garsington, Cuddesdon and Horspath in the Oxford Diocese since 2008 before which she was chaplain of Worcester College in Oxford for five years. She has also been a prayer and spirituality adviser for the diocese and an area dean. Emma, who trained at Ripon College, Cuddesdon, from 1997 to 2000, has been a tutor for the Initial Ministerial Education Reflective Practice: Ministry and Spirituality courses and a co-founder of the successful Festival of Prayer day conference run in association with the Bible Reading Fellowship. She has a doctorate from the University of Oxford on the fourteenth century devotional writer Julian of Norwich.

The Canon Missioner is a residentiary canon role and has the tasks of the former Canon Pastor position together with the ministry of outreach and welcome opportunities offered by the Cathedral’s restoration and development project The Canterbury Journey.

The Canon Treasurer is a Residentiary Canon role, which involves the stewardship of resources and the protection and restoration of the fabric of the building, its artefacts and the care of those who work in these areas of Cathedral life. A key element of the present role is the oversight of The Canterbury Journey project as it enters its final phase.

The Reverend Andrew Dodd comes to the Cathedral from Great Grimsby, where he had been Team Rector and Area Dean of North East Lincolnshire since 2011. Whilst in this role he established Grimsby Minster as a centre of civic life and a hub for arts and community activity in the town.

Andrew trained as a Civil Engineer, working for Surrey County Council for seven years before training for ordination at Westcott House, Cambridge. He was ordained in Southwark Diocese in 2000, serving his curacy in New Addington and then as Rector of St Mary’s Newington at the Elephant and Castle.

As well as enjoying family life, Andrew is learning to play hockey, is an artisanal baker and enjoys international cinema. He and his wife Louise, who is also a priest, have two school age children, Miriam and Benedict.

Janice was installed as a Lay Member of Chapter in the autumn of 2014 after a long association with Canterbury Cathedral’s life and worship, which began with the ordination of her father here when she was a child.

For twenty years she taught at The King’s School, Canterbury, where she was Head of Religious Studies and Philosophy, and latterly President of the Common Room, while also serving as an HMC/ISI inspector.

Janice and her husband, David, met at a Deanery lunch party and have two grown-up sons.

Caroline was installed as a Lay Member of Chapter in December 2003: one of the first Lay Members and the first woman on Chapter.She has been active in church life and governance throughout her adult life. A former member of the General Synod, she has also served as Chair of the Canterbury Diocesan Licensed Ministries Framework and as a member of the Canterbury Archbishop’s Council. Currently, she is Lay Chair of West Bridge Deanery.She is an Honorary Fellow of Canterbury Christ Church University.

Caroline worships at Wye Parish Church where she is involved in the ministry of welcome and sometimes makes the coffee.

She lives in Godmersham with her husband Jonathan. Their three children are now grown and flown, and they have recently discovered the delights of becoming grandparents. Caroline enjoys cooking, gardening, walking (especially in mountains) and the visual and performing arts (just as well since two of her children are musicians and the third is a dancer and choreographer).

Appointed as a Non-Executive Member of Chapter in January 2022, Jane is risk manager with over thirty years experience in the financial services sector.  After an early career as a banking and markets regulator at the Bank of England, Jane has held a number of senior compliance roles in major UK and International banks.

Jane is active in church life and worships at St Mary Riverhead with Dunton Green, where she is a member of the church choir and the Parochial Church Council.  Singing is a particular passion and Jane enjoys performing regular concerts with a Kent based chamber choir which sings repertoire from the Renaissance to the present day.

She lives in Sevenoaks, where she is a keen gardener and nature lover who enjoys spending time looking after her garden and encouraging the wildlife in.  Jane is also a Trustee of Kent Wildlife Trust.

Richard Oldfield has been involved closely with the Cathedral since 2006 when he began chairing the fund-raising appeal, stepping down from this role in 2014. He has been a trustee of the Cathedral Trust from 2009 to 2021 and chair of Council from 2012 to 2022, and is seneschal of the Cathedral. He was High Sheriff of Kent in 2008-9 and Vice Lord Lieutenant 2011-2021. An investment manager all his working life, he semi-retired in 2016 from the firm that he founded and did a theology diploma at King’s College London. He read History at New College, Oxford. He is the chair of Shepherd Neame Ltd and a trustee of the Prince’s Trust. He lives in Doddington, near Faversham.